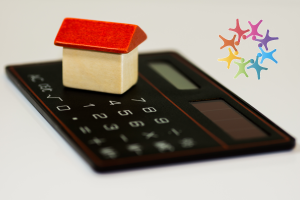 You own real property.  You marry with no prenuptial agreement and no postnuptial agreement. The property’s value increases during your marriage.  Title stays in your name only. Upon divorce, might your spouse claim a share of your nonmarital property is marital?

The answer is yes.

In a premarital agreement, couples may agree how they’d want to allocate appreciation in separate property if they divorce.

A collaborative divorce team helps you develop options for achieving your spouse’s and your interests. As you’re discussing premarital real property, you and your collaborative team may consider Florida’s formula for allocating passive appreciation in nonmarital property.

The calculator here uses the post-Kaaa formula. It may help your team figure out appreciation of nonmarital real property during the marriage. Enter amounts and passive marital appreciation will be calculated.

What is Passive Appreciation in Nonmarital Property

“Active appreciation” means growth in value of nonmarital property either spouse causes, such as by paying down mortgage principal, adding a wing, or renovating a carport or bathroom. Frederick v. Frederick, 257 So. 3d 1105 (Fla. 2d DCA 2018)(Wife was entitled to a credit for pay down on mortgage on Husband’s nonmarital property, because that paydown increased the value of Husband’s equity in the property).

“Passive appreciation” means growth in value inflation or market forces cause. If the value doesn’t go up during the marriage, the prior formula (Kaaa) and current formula wouldn’t apply.  Masino v. Masino, 254 So. 3d 649 (Fla. 2d DCA 2018).

Passive depreciation of a nonmarital asset, however, is not a marital liability to be automatically shared by the non-owning spouse. See Frederick.

What is the Post-Kaaa Florida Formula for Calculating Passive Marital Appreciation in Nonmarital Property?

The three steps for determining the marital passive appreciation in nonmarital property are:

Step 1: Amount of passive appreciation that is marital:

Step 2: Percentage of passive appreciation that is marital:

Multiply the amount in Step 1 by the percentage in Step 2.

In 2010, in Kaaa, the Supreme Court of Florida stated five steps a trial court must follow to determine if a nonowner spouse may share in passive appreciation in the owner’s nonmarital property:

Applying the Kaaa formula wasn’t always fair. For example, if a nonowner paid nothing during the marriage to reduce the mortgage principal on the nonmarital property, but the owner did so using marital income, the nonowner couldn’t share in the passive appreciation.

Under Kaaa, there was no relationship between marital funds used to pay the mortgage principal during the marriage and the passive appreciation of the nonmarital property.

Further, if the nonowner spouse did not pay down the mortgage or contribute to the enhancement of value in the property, the nonowner would be entitled to no passive appreciation.

Working on a Better Formula: Post-Kaaa

Before the legislative fix, Florida courts applied Kaaa as binding.  See, for example:

To calculate marital passive appreciation in nonmarital real property, your  collaborative practice team may find guidance in and follow the current formula.  For litigated divorces, the amendment allows a court discretion to find evidence that applying the formula would be inequitable and the court should depart from it. Likewise, during the collaborative divorce process, you and your spouse may exercise your contractual freedom to depart from the formula to reach a fairer result.

The new statute, as with the prior Kaaa formula, doesn’t appear to address negative equity.  Two 2018 cases illustrate your collaborative team might need to adjust to the formula for a fair result:

(a)1. “Marital assets and liabilities” include:

a. Assets acquired and liabilities incurred during the marriage, individually by either spouse or jointly by them.

Enhancement of Nonmarital Assets from Either Spouse’s Efforts

b. The enhancement in value and appreciation of nonmarital assets resulting either from the efforts of either party during the marriage or from the contribution to or expenditure thereon of marital funds or other forms of marital assets, or both.

(V) The court shall apply the formula specified in this subparagraph unless a party shows circumstances sufficient to establish that application of the formula would be inequitable under the facts presented.

d.c. Interspousal gifts during the marriage.

e.d. All vested and nonvested benefits, rights, and funds accrued during the marriage in retirement, pension, profit sharing, annuity, deferred compensation, and insurance plans and programs.

2. All real property held by the parties as tenants by the entireties, whether acquired prior to or during the marriage, shall be presumed to be a marital asset. If, in any case, a party makes a claim to the contrary, the burden of proof shall be on the party asserting the claim that the subject property, or some portion thereof, is nonmarital.

3. All personal property titled jointly by the parties as tenants by the entireties, whether acquired prior to or during the marriage, shall be presumed to be a marital asset. In the event a party makes a claim to the contrary, the burden of proof shall be on the party asserting the claim that the subject property, or some portion thereof, is nonmarital.

4. The burden of proof to overcome the gift presumption shall be by clear and convincing evidence.

(10)(a) To do equity between the parties, the court may, in lieu of or to supplement, facilitate, or effectuate the equitable division of marital assets and liabilities, order a monetary payment in a lump sum or in installments paid over a fixed period of time.

(b) If installment payments are ordered, the court may require security and a reasonable rate of interest or may otherwise recognize the time value of the money to be paid in the judgment or order.

(c) This subsection does not preclude the application of chapter 55 to any subsequent default.

* The materials on this website have been prepared by Sampson Collaborative Law for informational purposes only and should not be considered legal advice. USE AT YOUR OWN RISK. We make no warranties for completeness, reliability, and accuracy. Any action you take upon the information on this website is at your own risk.

* The materials on this website have been prepared by Sampson Collaborative Law for informational purposes only and should not be considered legal advice. USE AT YOUR OWN RISK. We make no warranties for completeness, reliability, and accuracy. Any action you take upon the information on this website is at your own risk.