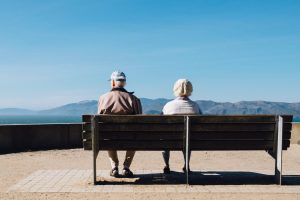 One tool that may be useful as the collaborative team develops options for allocating the marital and nonmarital components of premarital individual retirement accounts (IRAs), investment accounts, and other plans:

In Florida, marital assets include:

Nonmarital assets include assets acquired prior to the marriage and acquired in exchange for such assets.  61.075(6)(b), Florida Statutes.

In divorce cases, judges may exercise discretion as circumstances require to determine the valuation date or dates for valuing assets as the judge determines is just and equitable under the circumstances.   61.075(7), Florida Statutes.  But the judge’s selections may or may not achieve the divorcing couple’s individual or mutual interests.

But collaborating couples may retain control to select dates for valuing retirement assets they believe best reflect their agreement about fairness and best achieve their interests.

Florida courts use a “coverture fraction” or  formula to determine the marital portion of a retirement or pension fund. Parry v. Parry, 933 So. 2d 9 (Fla. 2d DCA 2006). This process identifies and allocates contributions a spouse made to an asset based on when the spouse made them.

For example, suppose the asset being divided is a spouse’s interest in a 401(k) Plan.  Consider if multiplying the coverture fraction, determined as of the date of separation, to the most current balance or the balance on a different date makes sense.

To give the parties their fair share of ups and downs in the market since separation, determine the marital portion as of the agreed valuation date.  This approach is consistent with case law. See Byers v. Byers, 910 So. 2d 336 (Fla. 4th DCA 2005) (Abuse of discretion to value husband’s 401(k) retirement account as of date of petition where asset passively appreciated nearly $70,000 between filing date and date of hearing).

Imagine a ball of unbaked dough. Split each party’s half of the marital dough ball as of the date of separation. Stick their portions in the fridge. Both portions will rise (or deflate). When it’s time to bake, each party gets his or her separated dough ball representing the marital piece. The participant gets an additional ball, plus the amount it has risen or deflated, reflecting premarital contributions.

The numerator is the time the participant was married while participating in the Plan.

The denominator is the total time the participant has in the Plan.

To get a starting number of the marital value, multiply the fraction and the Plan’s current value (or, if the parties agree, value on a different date, such as their separation date).

That will yield the total present value of the retirement fund accruing during the marriage.  The rest is allocable to the participant as nonmarital. This piece would comprise the premarital balance contributed plus passive growth on that amount during the marriage.

Now think about marital amounts net of joint expenses or debts paid with the marital portion of the retirement account. It would be fair for each to benefit from gains or losses through the account’s division. The parties may agree differently.

In the usual case, the participant doesn’t actively manage the retirement plan of the employer, so there is no need to distinguish between enhancement from marital efforts and enhancement from passive forces, such as because of a bull market.

In litigated cases when enhancement comprises both active and passive pieces, the spouse claiming entitlement to enhancement of premarital contributions is passive, therefore also nonmarital, bears the burden of showing market growth by proving a relevant index (e.g., an industry Standard & Poor’s 500 Index) for measuring growth.

Unless there’s a basis for unequal distribution of marital assets, splitting 50-50 the marital pie would be fair, but, to achieve their goals, in the collaborative process, the parties may agree to split other than 50-50.

Horton v. Horton, 62 So. 3d 689 (Fla. 2d DCA 2011) – To determine the amount a retirement or pension fund accumulated during the marriage, the trial court “creat[es] a fraction where the numerator is the amount of time the employee was married while participating in the plan, and the denominator is the total time the employee has in the plan.” Trant v. Trant, 545 So.2d 428 (Fla. 2d DCA 1989) (emphasis added). The trial court multiplies the plan’s present value by the coverture fraction to calculate the total present value of the retirement fund which accrued during the marriage. Id.

Abdnour v. Abdnour, 19 So. 3d 357 (Fla. 2d DCA 2009) – The total growth in a husband’s Thrift Savings Plan was marital where he failed to show portion of enhanced value was nonmarital and exempt from equitable distribution.

Mathers v. Brown, 21 So. 3d 834 (Fla. 4th DCA 2009) – The burden fell on the husband claiming the increase in value of his nonmarital stock portfolio was also nonmarital to establish by competent evidence why a particular index, e.g., the S&P 500 Index, was appropriate to measure passive appreciation.

McNorton v. McNorton, 135 So. 3d 482 (Fla. 2d DCA 2014) – Without evidence of the composition of the retirement investments, the increase in a Standard and Poor’s index proved nothing.