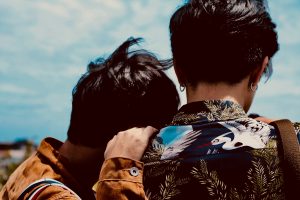 This first installment of a 7-part series gives an overview of  domestic partnership agreements.

Many couples who could not legally marry now can. In Obergefell v. Hodges, The United States Supreme Court described the fundamental right to marry, commit to, and intimately associate with the person you love through marriage as one of identity and liberty.

But thousands of people in committed intimate relationships choose not to marry. Instead, they choose to stay happily unmarried. Their identity and liberty interests allow them that choice. Property and support issues are no less important to people in unmarried committed relationships than they are to married people.

In this series, we provide an overview of domestic partnership agreements and issues couples typically address.  Issues include where they’ll live during their relationship, paying home and joint bills, handling separate property,  property they may acquire together, support if their relationship ends, death, and financial disclosures. The series concludes with FAQs about domestic partnership agreements.

Premarital agreements, also known as “prenuptial” or “antenuptial” agreements, express the wishes of a marrying couple regarding their property and support rights upon (i) death of one party or (ii) divorce or separation.

For estate planning, each party’s family may have transferred assets into trusts or business entities.  One goal might be to retain control of family companies and other assets. Provisions in the agreements should be consistent with this goal.

Domestic partnership agreements may include provisions for a joint household account; support; what happens on death; and keeping the agreement private.

The agreement typically will define and cause, if the relationship ends, each party’s interests in separate assets and family trusts and in other property to be deemed each party’s separate property.

The agreement should describe each party’s ownership interests and trust interests in which either party may acquire rights and benefits during the parties’ relationship. It will provide for waiving interests if the relationship ends or one party dies.