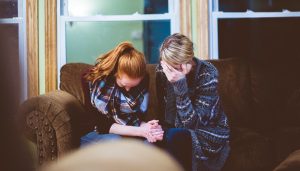 This fifth installment of a 7-part series about Domestic Partnership Agreements discusses survivor’s rights on death.

Florida law provides for death benefits if a married person dies before the other spouse and they have no premarital or postnuptial agreement.  But for unmarried domestic partners, Florida law provides no survivor benefits upon the decedent’s death.  Through careful planning and drafting of a domestic partnership agreement, however, partners can achieve similar financial rights on death.

For example, for married couples, if a spouse’s will provided the other spouse would get $100,000 upon death, and the rest of the wealth, money, and property would go into a trust for someone other than the surviving spouse, but the decedent’s “elective estate” calculated under Florida law were worth $1 million, the surviving spouse could elect to take $300,000.

The draft agreement could lay out alternative provisions for either party to consider: